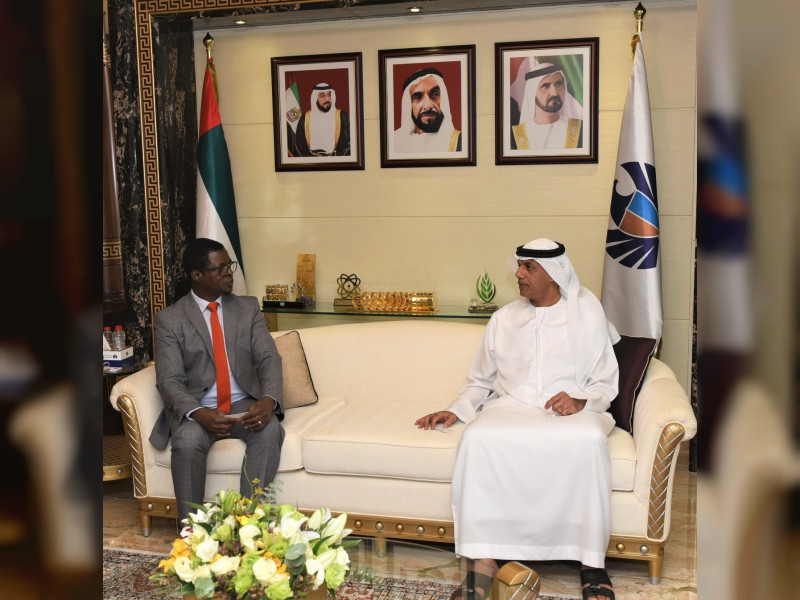 DUBAI, 25th December, 2019 (WAM) — The Director-General of Dubai Customs Ahmed Mahboob Musabih has held a meeting with Adamu Aba Bajnan, Consul-General of Benin in Dubai. The two discussed means of boosting bilateral trade and customs cooperation between Benin and Dubai.

“It’s very important for us to boost ties of partnership with Beninese diplomatic missions and businesses. We have priorities which include delivering a leading customs expertise to the world,” said Musabih. “Benin is an important trade partner to Dubai. The total value of mutual non-oil trade in 2018 was AED1.5 billion. Imports had the lion’s share with AED 925 million, followed by re-exports with AED501 million and exports with AED77 million.”

Musabih pointed out Africa is a wide trade gate to the world, and Dubai Customs always scouts around to learn more about needs and expectations of Beninese, and other African, businesses.

“With more knowledge we deliver more support and facilitating trade with the African nations can lead to more trade growth. Hosting EXPO 2020 is a golden opportunity for all parties to connect and interact more effectively. African exhibitors will touch upon the numerous facilities and services offered by Dubai Customs in support of regional and global trade which will be further enhanced by the launch of the Dubai Silk Road,” Musabih added.

For his part, Adamu Aba Bajnan applauded Dubai Customs’ efforts in supporting the national economy and developing trade stating that Dubai is a world class trade and tourism hub and a central link between the east and west.

Will the long boom in global markets last another year or should investors cut and run?

US to reinvent future at Expo 2020

The participation of the US at Expo 2020 will highlight “everything about America ...
Newswire

Seamlessly integrates with multiple technology partners such as SAP Co-created with clients to ...
Newswire