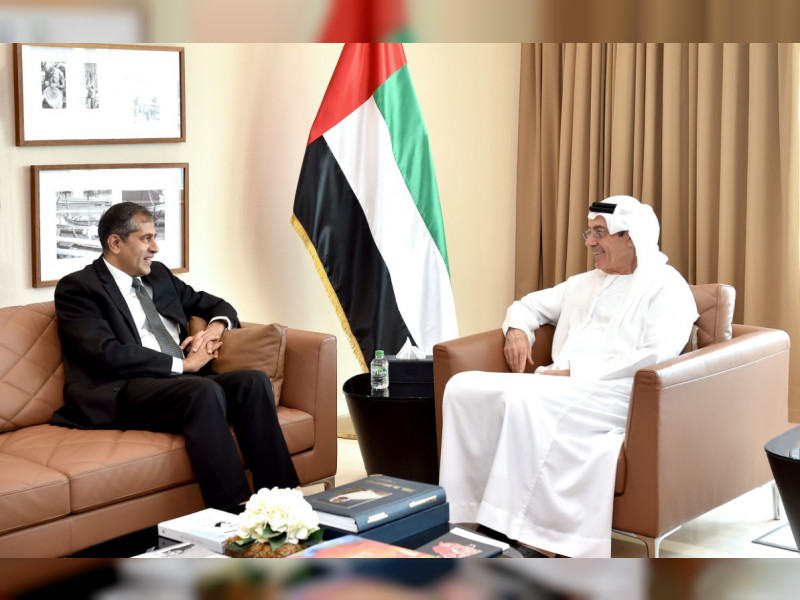 ABU DHABI, 19th December, 2019 (WAM) — Zaki Nusseibeh, Minister of State, received Shri Pavan Kapoor, Ambassador of India to the UAE, at the headquarters of the Ministry of Foreign Affairs and International Cooperation.

During the meeting, Nusseibeh welcomed Kapoor and wished him luck and success in his duties, praising the bilateral ties between the UAE and India, which has reached the level of a strategic partnership based on political and economic cooperation.

He also highlighted the importance of promoting cultural exchange between the two countries.

Kapoor thanked the UAE for honouring the Zayed-Gandhi Digital Museum during the UAE Pioneers Award 2019. The Digital Museum which symbolises the principles of tolerance promoted by the late Sheikh Zayed bin Sultan Al Nahyan and the late Indian leader, Mahatma Gandhi.

Nusseibeh also noted the importance of supporting the museum and moving it to India and other countries in the future. Kapoor welcomed this suggestion, noting that the Indian Embassy in Abu Dhabi plans to hold various cultural events at the Indian pavilion during Expo 2020 Dubai.

Automechanika Dubai will not return in 2020

Azizi Developments to spend over Dh3.5bn on new projects in Dubai

Dubai developer Azizi plans to spend over Dh3.5 billion in the next two ...

Five useful things made out of recycled plastic bottles: from tote bags to tights

There is no doubt that consumers are becoming more aware about sustainability and ...
Newswire

He also noted that the price-performance of properties located near transit stations has ...
Newswire

Automechanika Dubai will not return in 2020

Azizi Developments to spend over Dh3.5bn on new projects in Dubai